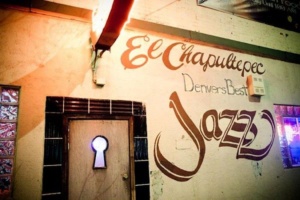 THE PEC! That is what we affectionately called El Chapultepec, located on the corner of 2oth and Market for 87 years. In 1958 Jerry Krantz began bartending, and eventually becoming owner and manager, changing the joint forever. Established as a Mexican Cantina, where you could go for some good Mariachi music, it changed with Jerry. He thought, if he was going to be in the club every night, he wanted to hear the music he liked – jazz! On Sunday, we received word that this Denver hot spot is permanently closing, leaving us with so many music experiences and stories that should be told.

“The Krantz family sends our love to all who this decision affects, we did not take it lightly. The Pec is a living, breathing, member of both our family and the Denver community. The decision was multi-factorial and though we know it is the right thing to do, we mourn with you!”  —The Krantz Family 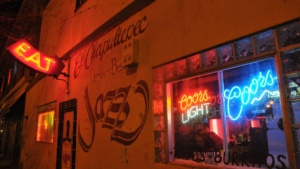 Never a cover charge. This was the place where you could drop by at any time with friends or by yourself and always have an incredible time. People from all walks of life would be in the club. Jerry and staff never allowed us to sit in a booth by ourselves. You squeezed in with friends and strangers who quickly became your friends for the night.

We were fortunate to have witnessed Denver talents perform like Billy Tolles, Billy Wallace, Bruno Carr, Nat Yarborough, Joe Bonner, Ed Battle, and James Van Buren! Actually, there were too many Denver talents to name. Krantz booked national recording artist like Dakota Staton, Eddie Harris, Rickey Woodard, Manfredo Fest, Charlie Rouse, Pete and Conte Candoli.  It was a small club.  We benefited from being just a foot away from these talents. On any given night you just might have been lucky enough to mingle with celebrities who dropped by to enjoy The Pec’s hot burritos and cool jazz; icons like Wynton Marsalis, Tony Bennett, Johnny Carson, U2, ZZ Top, and so many others. 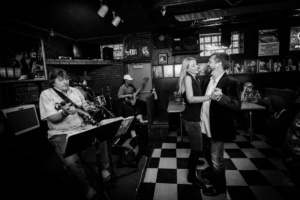 In the 90s KUVO JAZZ broadcast some 100 sessions from The Pec. We’ll be digging through our archives and sharing the music we captured in the upcoming months.

“One of my favorite memories dates back to the late 80’s. Charles Brown the legendary Blues vocalist & pianist was sitting in with Freddy Rodriquez  and the guys when Harry Connick Jr. walked in. He couldn’t believe it, there was Charles Brown, one of the most influential and important musicians from the golden era of Rhythm & Blues playing the piano and singing “Merry Christmas Baby.”  Needless to say, the Pec came alive, word got out Harry Connick Jr. and many of his musicians were going to jam. At the end of the night sitting and playing the piano together were Charles Brown and a rising young star Harry Connick Jr.  If anyone has a photo from that night, I’d love to see it.”  —Carlos Lando, KUVO

“Most of my memories are as a co-host on Thursday Nights with Carlos Lando in the second booth – under the portraits of Jazz greats and the NO DANCING sign. The stars streamed in on any given night. A sign of Denver’s musical growth was the night we had Red Holloway on stage and minutes later Wynton Marsalis appeared with some of his band. This happened regularly.”  —Andy O’, KUVO 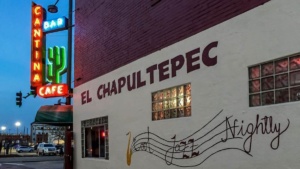 “I told my mom, Josephine Rodriquez, this morning that the Pec has permanently closed. She said that the Pec died for her earlier this year when my father, Freddy Rodriguez Sr. died from COVID. My dad loved the Pec. Getting ready to go play at the Pec, was the highlight of his week. He started performing at the Pec in the 80s, introduced bebop, worked and mentored countless musicians including myself. The Pec will always be a big part of our family.”  —Freddy Rodriquez Jr.

We have many stories about The Pec, and we know that you do too. So, here is your official invitation to share your memories, the good party times, and memories of the staff that served us well over the years. Visit KUVO’s face book page and tell us your stories!

In 2021, Help Strengthen Your Community