COLORADO SPRINGS, Colo. — Tiara Kelley stood outside the entrance of City Hall in Colorado Springs and described how she was feeling after the mass shooting at Club Q on Sunday where five people were killed and 18 were injured. 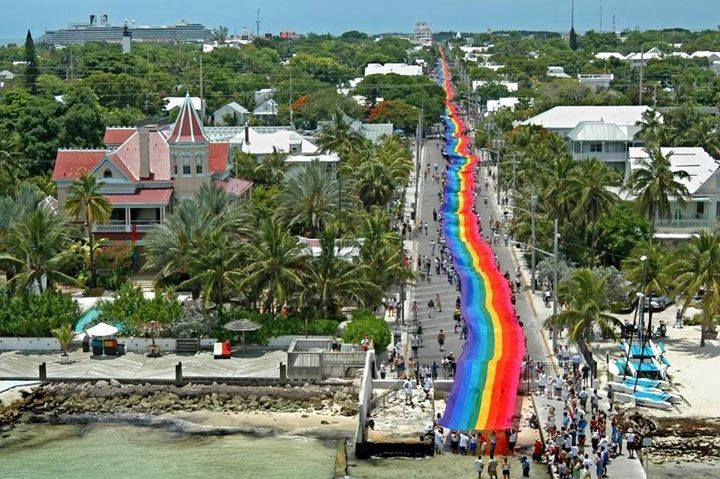 Kelley is a Black transgender woman and was one of several hundred people, including Club Q patrons, law enforcement officials, state and local lawmakers, and community members at the unveiling of the ‘Sacred Cloth’ Pride flag on the outside of City Hall to honor the victims of the shooting.

The flag, which is 25 feet long, is a section of the Sea to Sea Pride Flag that originated in Florida. The last time it was displayed in public was after the Pulse nightclub massacre in Orlando in 2016 in which 49 people were killed.

Kelley told Rocky Mountain PBS she was disappointed in the event and expected more. “I came here in the hopes that we were going to hear something different, that there would be something that came out of this other than just a display,” Kelley said. “I feel that this was really just a display.”

Kelley has been a producer of live shows at Club Q for the last several months and puts together a show the night before the shooting. She wonders when violence against the LGBTQ+ community will end.

“I wasn’t there the night of the massacre at Pulse [in 2016], but I was there the entire aftermath and this feels very much like that,” she explained, adding that she wants more than the hanging of a flag over a government building and speeches. “My opinion is that it’s six years later and we’re still hanging the same flag from a different city hall. That tells me that nothing is getting done but the gaslighting that we saw today.”

According to the Gun Violence Archive, there have been 600 mass shootings so far in 2022 in the United States. A mass shooting is where four or more people, not including the shooter, are injured or killed.

Studies show that LGBTQ+ people are nearly four times more likely than non-LGBTQ people to be victims of violent crime. “Black LGBTQ [people], particularly Black trans women, are on the chopping block on a daily basis, this year alone we have 34, I believe, Black trans women who have been murdered. How many of those have you heard about in mainstream media?” she asked with growing frustration.

For now, Kelley says she wants the event to be about those who were killed at  Club Q: Raymond Green Vance, Ashley Paugh, Derrick Rump, Daniel Aston and Kelly Loving.

How to help Resources: