Wes Montgomery: Live in Paris-1965 | February CD of the Month 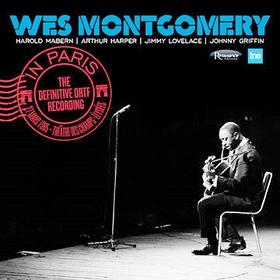 Perfect for February Black History month is:  Wes Montgomery – In Paris: The Definitive ORTF Recording on the Resonance Records label which captures jazz guitar legend Wes Montgomery on his only tour of Europe on the night of March 27, 1965 at the Theatre des Champs-Elysees in Paris, France. The first official release of this legendary concert, considered perhaps the greatest live Wes Montgomery performance ever, featuring an all-star band with pianist Harold Mabern, bassist Arthur Harper and drummer Jimmy Lovelace, with special guest tenor saxophonist Johnny Griffin. In Paris is being released in partnership with the Institut national de l’audiovisuel (INA) with remastered high-resolution audio transferred directly from the original tapes, and will mark the first time the Montgomery Estate will be paid for this recording, which has been available as various inferior sounding bootlegs since the 1970s.

This 10-track recording starts off with Wes Montgomery’s original composition “Four on Six.” The set consists of many familiar tunes Wes had recorded before on his iconic Riverside studio sessions including “Jingles” and “‘Round Midnight” from The Wes Montgomery Trio in 1959, and “Twisted Blues” from So Much Guitar! in 1961, but at the 1,900 seat Théâtre des Champs-Élysées, we hear Wes stretch out like never before in front of a ravenous audience. Russell Malone commented in his liner note interview, “I thought I knew Wes, because I had listened to a lot of the stuff that he had done on Riverside, and some of the commercial outings. But when I heard him stretching out like that, I’m like, ‘this man is on some other stuff here!’ That Paris recording is so powerful…”

Heartfelt thanks to Resonance Records for providing this review of their newly released Wes Montgomery recording. 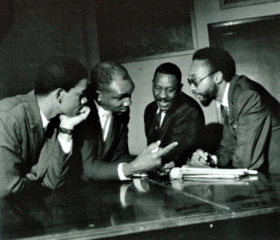