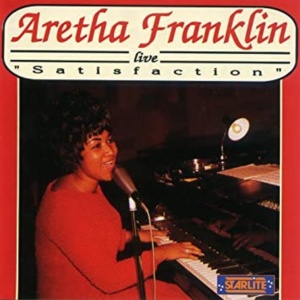 The British Invasion of The 1960s was fueled by American R&B of the 1950s. Like the Beatles, the Rolling Stones borrowed heavily from American Soul artists for many of their early recordings. Their fist album includes just one song written by Mick Jagger and Keith Richards. The album includes songs originally recorded by Chuck Berry, Willie Dixon, Rufus Thomas and Marvin Gaye, The Stones continued to tap into the R & B song book through out their careers recording songs like the Temptations Ain’t Too Proud to Beg and Going To A Go Go from Smokey Robinson and The Miracles.

In return, Soul and Funk music artist have found a source of great material from The Rolling Stones. The Rollins Stones Got More Soul features vintage and modern Soul and Funk artists’ recordings of Rolling Stones songs, including “Satisfaction” from Aretha Franklin, “Honky-Tonk Women” from The Meters, and “Jumpin’ Jack Flash” from Thelma Houston.