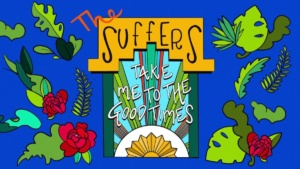 The Suffers song, Take Me To The Good Times, was prophetic in capturing the desires of the quarantined world of 2020.

“I just gotta get out most days you see.
I like walking around, it’s good for me.
Could ya tell where we could go eat?
Take me to the good times.”

While live shows and tours were paused, musicians continue to produce outstanding music. This year’s list included new music from artists included on previous lists, like The Bamboos, Eli “Paperboy” Reed, and The James Hunter Six. 2020 also marked the debut for several outstanding new artists including The Devonns, The Freedom Affair, and Colorado’s own, The Burroughs.

The Funky Boombox Top 20 of 2020
Listed alphabetically by artist name.

Follow the links to hear the songs and learn more about the artists.

The Bamboos — Hard Up — Single

The Burroughs — We Got To Stand — Single

Freedom Affair — Out of My Mind — Freedom Is Love

The Haggis Horns — Suzi Traffic — Stand Up For Love

LaRose Jackson — How Did I Get Here — Single

The Monophonics — It’s Only Us — Its Only Us

Speedometer — We Gave Up Too Soon (feat. Vanessa Jamie) — Our Kind of Movement

The Suffers — Take Me To The Good Times — Single

Tomar & The FC’s — Enough Is Enough — Rise Above