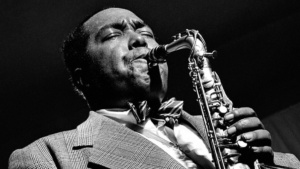 This past week on August 29, the world marked what would have been alto saxophonist Charlie Parker’s 100th birthday. Parker, who gained the name Yardbird  (shortened to Bird) during his time with the Jay McShann Orchestra, was one of the true landmark performers in the history of jazz. Trumpeter Miles Davis captured that idea so well when he commented: “You can tell the history of jazz in four words: Louis Armstrong. Charlie Parker.”

Parker was born in Kansas City, Kansas on August 29, 1955, and died at the age of 34 in Baroness Kathleen Annie Pannonica de Koenigswarter’s suite at the Stanhope in Baltimore on March 12, 1955.  A great patron of the music, Pannonica played a rather fascinating, supporting role in the music of the be-bop era and the lives of Bird and Thelonious Monk in particular. Prior to her supporting jazz, Pannonica (a member of the Rothschild family) had joined the Free French Forces during World War II and that provides you with some idea of the spirit she brought to her support of jazz.

Monk’s ballad “Pannonica” first appeared on his 1957 release Brilliant Corners (among the greatest albums of all time) that also contains another composition connected to the Baroness, “Ba-Lue Bolivar Ba-Lues-Are-“—written for Nica’s move to the Hotel Bolivar following her unceremonious departure from the Stanhope following Parker’s passing. And outside of Monk, numerous others in the music have also written compositions for her, including Horace Silver’s “Nica’s Dream created back in 1954.”

Parker landed in New York in 1939, just a few years after entering the scene, and the idea that the more things change the more they are the same failed dramatically to capture what had happened: Parker and his trumpet partner, Dizzy Gillespie, things were now very different. 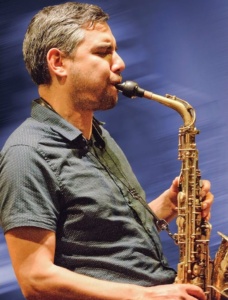 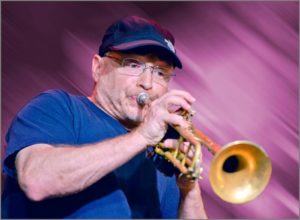 While you can check out the events from New York from places such as the 92nd St. Y and Jazz at Lincoln Center, you, can also stream Parker’s spirit closer to home on Sunday, September 6, at 7 pm when Gift of Jazz and Mighty Fine Production let the Parker waters flow with saxophonist Daryl Gott and his quartet featuring trumpeter Brad Goode, who came to the mountains from Chicago and can roar. 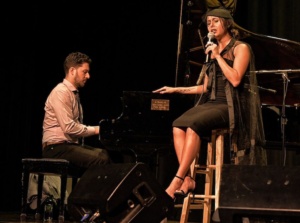 This coming weekend and the word in jazz you are used to hearing at this time of year is the Vail Jazz Festival that includes the Labor Day Jazz Party. So, on Saturday, there is no Party to attend, but there is an event to keep in your head…tune in to KUVO’s archive performance series “On Stage” on Saturday, September 5 at 10 pm when host Susan Gatschet presents a replay of singer Veronica Swift and pianist, Emmett Cohen, as they joined forces at the 2018 Vail Festival Jazz Party.

Images of Daryl Gott and Brad Goode by Jack Sasson