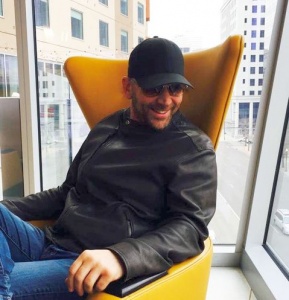 After 18 months of uncertainty, as to when live music would return to Levitt Pavilion, Chris Zacher has cause for celebration. The community came back to Levitt Pavilion in Ruby Hill Park, on May 14, for the first concert of the season.

Chris is a champion for live music that is accessible for all. He is credited with the sustainability and overwhelming popularity of City Park Jazz, serving as Vice President and President from 2006 – 2014. In 2012, Chris founded Levitt Pavilion Denver.

In 2013, Zacher was recognized by the Denver Business Journal’s leadership Levitt Pavilion Denver has received local, national, and international recognition from multiple prestigious organizations including Pollstar, Billboard, Westword, and 5280 Magazine.

In addition to serving as the Executive Director of Levitt Pavilion Denver, Chris is a lecturer at the University of Colorado Denver (UCD) working in the College of Arts and Media (C.A.M.) in the Music and Entertainment Industry Studies program. Chris also serves as Chair for the National Independent Venue Association  (NIVA) in Colorado along with sitting on several NIVA committees.